Toward a Circular Economy: Trash Picking Over half of the world’s population doesn’t have a formal waste disposal scheme in place. One hundred years ago, when the ubiquitous material known as plastic had not yet been invented this may have been okay. People composted; containers were made of paper, cardboard, cloth, glass, and other materials […]

,,,the organization generated an additional $500 million in income over the past two decades for more than a million farmers and factory workers touched by its programs in more than 45 countries worldwide.

Believing in the power of music to engage youth in personal growth and development, BlackCat Music Cooperative (BCMC), a 501(c)3 non-profit organization,  was formed in January of 2017 to provide educational and cultural experiences for young people of all ages. BCMC seeks active collaboration with local schools, community groups and interested individuals in the Eastern Panhandle region of West Virginia and its surrounding states. 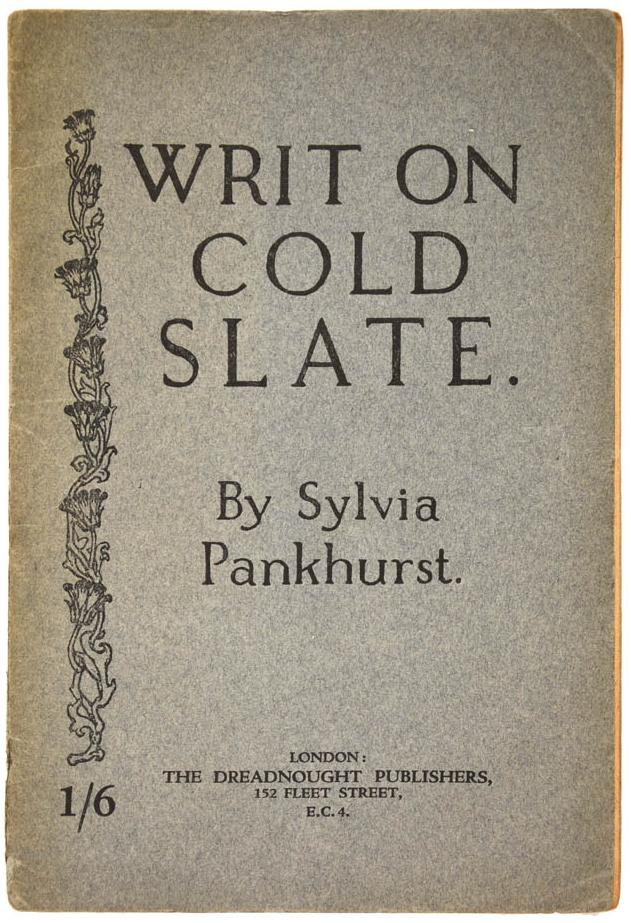 The biggest of the three book fairs, the CA International Antiquarian Book Fair in Pasadena, is pulling out all the stops to celebrate the centennial of women’s suffrage in its social media campaign, its special exhibition, Votes for Women, and in the range of related materials that booksellers will be offering, such as the ca. 1922 edition of poems pictured above. Written by noted British suffragette Sylvia Pankhurst during one of her terms in prison, it is a scarce volume, with no other copies shown in auction records in the past forty years according to Shapero Rare Books of London, which will be showcasing it in booth 503, priced at £3,750.

Much of this post was re-posted from “The Canadian Press”

This article was originally published on The Conversation, an independent and nonprofit source of news, analysis and commentary from academic experts. Disclosure information is available on the original site — it has been condensed to meet word parameters.

Academics are just beginning to see the deep significance of traditional songs and the knowledge they carry and some are working with Indigenous collaborators to unlock their teachings.

Kwaxsistalla Wathl’thla was a trained Clan Chief, held four pa’sa chieftain seats, and among many other roles, was the keeper of hundreds of songs about the Kwakwaka’wakw people and more.

Potlatching was banned until 1951 and as a result, singing potlatch songs was a source of punishment and fear for many generations.

As one born to nobility and chosen since birth to be a conduit of key cultural knowledge, Kwaxsistalla Wathl’thla let us hear the words of his ancestors through the many songs he remembered.

For instance, in 2002, he revealed an ancient ya’a (Dog Children song) that unlocked the mystery of lokiwey (clam gardens) on the Pacific Northwest Coast. Cultivating clams in clam gardens — rock walled terraces in the lower intertidal — is a widespread practice among Coastal First Nations. We now know this practice is at least 3,500 years old.

Kwaxsistalla Wathl’thla’s sharing of this clam garden song unleashed a wave of research on traditional management practices and helped not only awaken people’s understanding of indigenous knowledge, but also the foundation for research on how to improve clam management.

Kwaxsistalla Wathl’thla went on to mentor as the primary source on traditional ecological knowledge for over a dozen graduate students in ethnobiology and linguistics until his passing.

Despite the immense global value of traditional songs as libraries of ecological and other cultural knowledge, researchers and the general public have been slow to recognize their social and cultural importance.

The United Nations Conference on Trade and Development (UNCTAD) published some interesting statistics pertaining to the fair trade global movement.

The fair trade movement comprises over 2.5 million producers and workers from 70 countries, over 500 specialized importers, 4,000 world shops and more than 100,000 volunteers – figures that are growing, according to Mr. Corbalán.

Mr. Corbalán cited work done with governments to ensure equitable distribution of benefits in value chains in countries such as Kenya, where efforts to promote living wages for flower workers are bearing fruit.

The fair trade movement has also helped improve incomes of cocoa farmers in Cote d’Ivoire and Ghana, the working conditions of Haitian migrant workers in banana plantations in the Dominican Republic and tackled child labour in the sugar sector in Belize.