An iconic photo of a Maasai in traditional shuka, carrying a spear and talking on his cell phone perfectly personifies the fusion of European, American and African cultures. 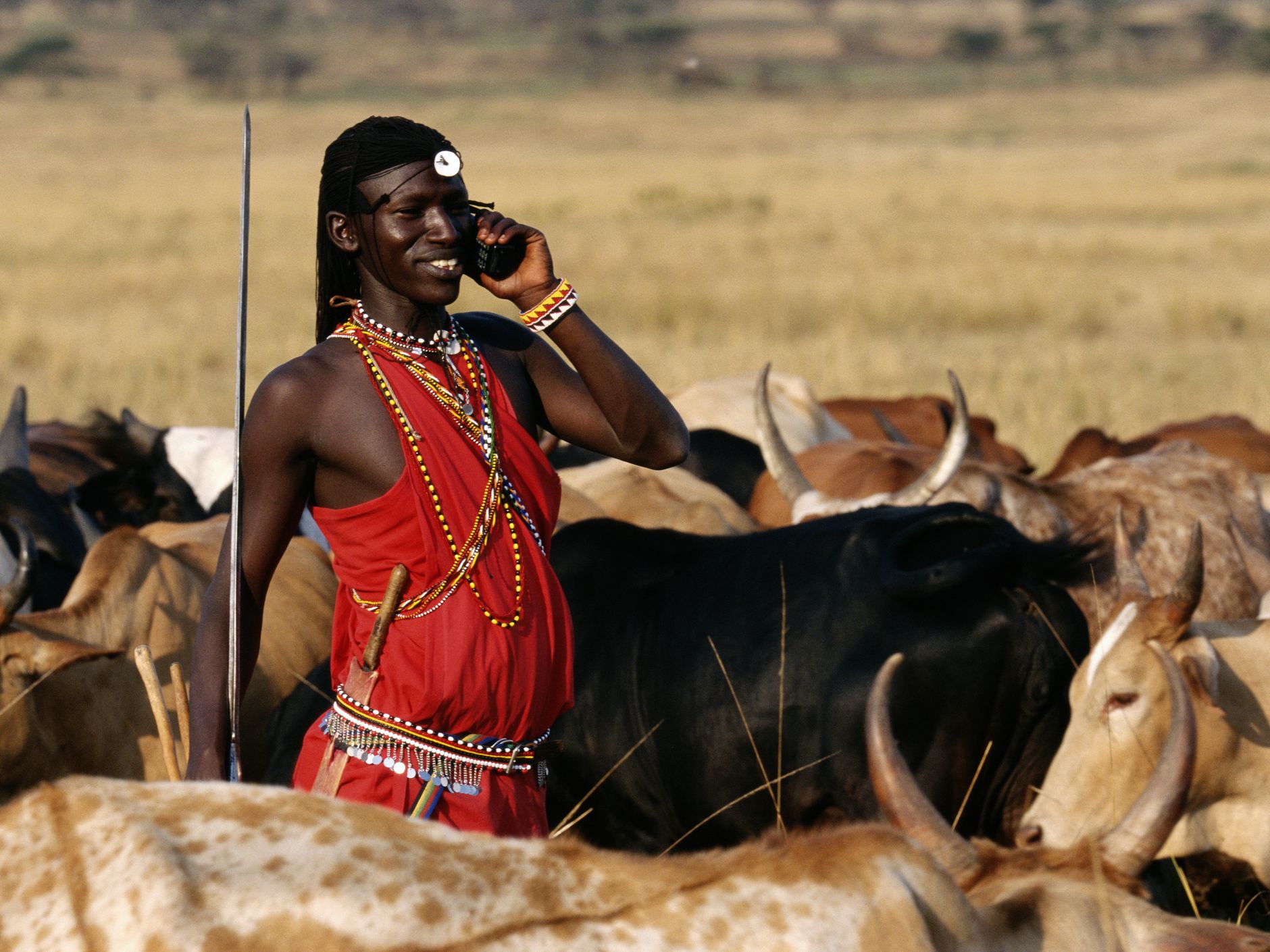 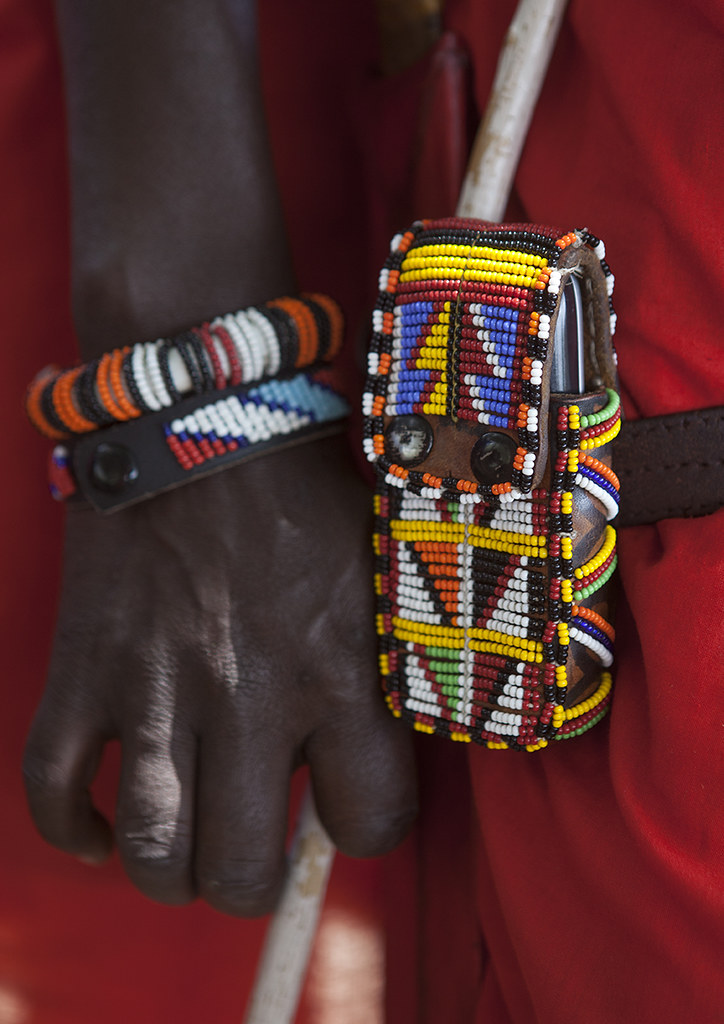 Jeffrey Gogo’s latest piece in The Herald outlines how the Plan for Plant Genetic Resources for Food and Agriculture (PGRFA) “aims to ‘catalogue, protect and promote’ cultivated indigenous crops as well as wild plants and fruits” in Zimbababwe.

That’s because the plan considers farmer seed independence as crucial to avoiding food losses that are linked to climate change.

By breeding their own seed, farmers are able to create varieties that are suitable for their specific regions and climates, helping them cope better with the increasing shifts, say scientists.

“Climate change is one of the reasons why as a nation we are now seeking to promote these traditional/ indigenous varieties,” Mudzindiko opined.

Fela Kuti was a main figure in Nigerian popular music.  He was in prison and tortured several times for his criticism of the Nigerian government and its sell-out of African wisdom and religion to evangelical and christian missionaries.  In his songs he criticised corruption and the exploitation of Africa by multinational corporations.

The Irish Times Gallery section has a series of arresting photos from the Tuarag Festival held in the Libyan desert in late December.  You can view the whole series here.

The Tuareg people are about 2 million nomadic people who live across the Sahara Desert, including in the North African countries of Mali, Niger, Libya, Algeria and Chad. The Tuaregs are part of the Berber group of people, and they are largely Muslim. Much of Tuareg art is in the form of jewelry, leather and metal saddle decorations, and finely crafted swords.

Most Tuaregs practice Islam, and they have developed their own distinctive brand of the religion. Tuareg belong to the Maliki sect of Islam, resulting from the teachings of the great prophet, El Maghili, who came among them in the early 16th century. Like most followers of Islam in northern Africa, Tuareg believe in the continuous presence of various spirits (djinns). Most Tuareg men wear protective amulets that contain verses from the Koran.Tuareg men begin wearing a veil at age 25, which conceals their entire face excluding their eyes. This veil is never removed, even in front of family members. It is believed that men began wearing the veil to protect their faces from the Sahara sands.

Tuareg women are not veiled.

This is great news! The Wall Street Journal’s Christopher Emsden announces a landmark decision reached by the  United Nations’ Food and Agriculture Organization:

…The United Nations’ Food and Agriculture Organization Tuesday reached a deal giving extended support to co-operatives, a growing force in the global economy.
The FAO’s memorandum of understanding is with the International Co-Operative Alliance, a 118-year-old non-governmental organization that seeks to promote and represent producer-owned co-operatives around the world.
The deal, which promises legal and policy collaboration as well as ways to “enhance the voice” of cooperatives in FAO’s governing bodies and technical committees, will give ICA’s members access to and a voice in state-level agricultural trade talks and help them benefit from FAO’s resources in agronomy, Charles Gould, ICA’s director-general, said in an interview. END_OF_DOCUMENT_TOKEN_TO_BE_REPLACED

James Lanka’s article  in IPP Media documents the history of the Kilimanjaro Native Cooperative Union, Africa’s oldest Coffee Cooperative, as told by Philip Tesha, one of its original members.  The story is a testament to the role cooperatives can play in improving peoples’ lives and empowering local communities.

Kilimanjaro Native Cooperative Union (KNCU) is the Africa’s oldest Coffee Cooperative Union, founded in 1933 as a Marketing Organization for the Indigenous Farmers of the Chagga Tribe living on the slopes of Mount Kilimanjaro, the ‘roof of Africa’.
Along with all of Tanzania’s Cooperatives, KNCU was banned by the government in 1976, but then reinstated in 1984 as KNCU (1984) Ltd. Today, KNCU has about 70,000 members from 92 local cooperatives found in Districts of Siha, Hai, Moshi Rural and Rombo.
Their smooth mild beans are considered to be amongst the finest in Africa. We are certified by Fair Trade Labeling Organization since 1993.
The oldest Union in Africa, KNCU has been a great pioneer of Cooperative Movement in Tanzania and Africa in general.
“About 80 years of KNCU since its establishment, I have been of great experience to KNCU, its members and the movement in large. From 11 societies’ member to 67 societies for sure it is a story to be told I am very proud to witness this, many of my age wished to see this future,” joyfully narrates a 99 year-old and a former general manager of KNCU Philip Tesha, who is now reaching 100 years old of born. END_OF_DOCUMENT_TOKEN_TO_BE_REPLACED

Reposted from “to your Health.”

One of the biggest mistakes I see in nutrition is that we that we look at life in these narrow “slices” of time, and think this is how things always have been. We might think that nutritionally, we’re a little worse than a while ago (or not), but we don’t have any perspective or context to help us see exactly HOW different things are now.

After all, we think to ourselves, how different could cheese be? Or meat? Or bread? Or vegetables? We simply don’t remember what people ate before cereal or sandwiches came into the picture.

Let’s take, for example, the current fad of eating low fat. At no point in human history had we ever eaten low fat until the past 30-40 years, when research linked hydrogenated fats and trans fats to heart disease. While those man-made fats absolutely contribute to heart disease, there has never been a study that linked butter or lard to plaques or any other cardiovascular problem. Yet without solid research on which to justify this change, the national recommendation then became to avoid ALL fats. We then invented fat-free yogurt with more sugar in it than even a candy bar, but with all the “wholesome goodness” that yogurt seems to imply. END_OF_DOCUMENT_TOKEN_TO_BE_REPLACED

The musical style of Felá is called Afrobeat, a style he largely created, which is a complex fusion of Jazz, Funk, Ghanaian/Nigerian High-life, psychedelic rock, and traditional West African chants and rhythms. Afrobeat also borrows heavily from the native “tinker pan” African-style percussion that Kuti acquired while studying in Ghana with Hugh Masekela, under the uncanny Hedzoleh Soundz.[15] The importance of the input of Tony Allen (Fela’s drummer of twenty years) in the creation of Afrobeat cannot be overstated. Fela once famously stated that “without Tony Allen, there would be no Afrobeat”.

Afrobeat is characterized by a fairly large band with many instruments, vocals, and a musical structure featuring jazzy, funky horn sections. A riff-based “endless groove” is used, in which a base rhythm of drums, shekere, muted West African-style guitar, and melodic bass guitar riffs are repeated throughout the song. Commonly, interlocking melodic riffs and rhythms are introduced one by one, building the groove bit-by-bit and layer-by-layer. The horn section then becomes prominent, introducing other riffs and main melodic themes.

Fela Kuti’s biography and a complete collection of his music can be found here.

When most well-intentioned aid workers hear of a problem they think they can fix, they go to work. This, Ernesto Sirolli suggests, is naïve. In this funny and impassioned talk, he proposes that the first step is to listen to the people you’re trying to help, and tap into their own entrepreneurial spirit. His advice on what works will help any entrepreneur.

Further reading on this topic:

Dead Aid: Why Aid Is Not Working and How There Is a Better Way for Africa

Ripples from the Zambezi: Passion, Entrepreneurship, and the Rebirth of Local Economies

Small Is Beautiful: Economics as if People Mattered

Here’s a revealing comment by Szophee in the thread to the Gates Foundation article:

Let’s see who’s behind this push for a new ‘Green revolution’ in Africa:
The whole project is being led by the US and UK governments (and paid for by their taxpayers), along with the rest of the G8. USAid is playing its usual role as “humanitarian” front group, “public” sector version, while Bill Gates and his “Alliance for a Green Revolution in Africa” serve as its “private” counterpart. The corporate beneficiaries, who have signed “letters of intent” to join the ”investment” program (meaning they put up pennies to the taxpayer dollar, while being slated to extract 100% of the profits), include the GMO cartel led by Monsanto, Dupont, Syngenta, along with Norway’s Yara (earmarked to build a massive synthetic fertilizer factory), arch-commodifier Cargill, Unilever, Diageo, and others. Bono is reprising his role as useful idiot celebrity tinsel. An African fig leaf is provided in the form of the African Union’s Comprehensive African Agricultural Development Program (CAADP), which is the Stockholm Syndrome blueprint African governments developed in the wake of the West’s ”structural adjustment” assaults, meant to beg for “investment” on the corporations’ own terms. The New Alliance is certainly the fruition of this radical corporatization of Western investment. Six African governments – Ethiopia, Ghana, Burkina Faso, the Ivory Coast, Mozambique, and Tanzania – have already joined up, while the accession of four more – Benin, Malawi, Nigeria, and Senegal – is considered by the regime to be imminent. (But the US remains frustrated by the ambivalence of Kenya, which was supposed to be the crown jewel member by now.) END_OF_DOCUMENT_TOKEN_TO_BE_REPLACED