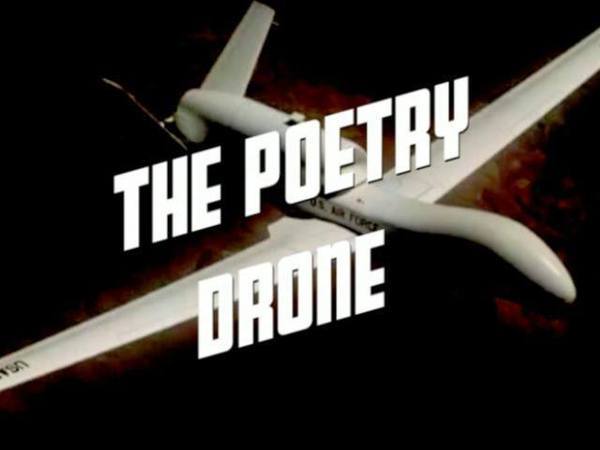 Hector Tobar delves into the reasons behind poet David Shook ‘s Drone in the LA Times:

The idea behind “The Poetry Drone” is to buy an actual flying drone — which can be had for as little as $5,000, Shook says — and fly it over some populated place and have the drone rain poems (instead of bombs) on unsuspecting people below.

“The Poetry Drone is exactly that: a drone for the deployment of specially commissioned poems by leading US and world poets, which aim to bring the US military’s covert drone operations into the spotlight,” Shook writes in a statement he calls “Beating Drones into Plowshares.” The larger aim, he says, is to promote discussion about drone warfare and “to humanize their victims, and to explore the political responsibility of poets, artists, and citizens.”