With customers on average upgrading their phones every 2.7 years and less than 5% of materials available for reuse, phones create a monumental amount of e-waste.

That’s the issue Fairphone is trying to tackle. The manufacturer is focused on sustainability, relying on fair-trade sourcing and fair labor practices, and using recycled materials in its phones and modular components that can be easily switched out. The Fairphone 3 showcased this to great effect earlier this year, and now Fairphone is rolling out a new variant dubbed the Fairphone 3+ with exciting upgrades.

To learn more about Fairphone and where you can purchase the Fairphone 3 stop by their website. (Available only in Europe)

Fair Trade USA has a convenient list of companies that carry fair trade products for all your cooking and baking needs. Visit their site whenever you need to stock your pantry with staples like herbs, spices sugar and more.

Not to sound like a total ad for this rum, but their dedication to the environment, their workers and community is pretty impressive:

In 2017, Flor de Caña became Fair Trade certified (by U.S.-based organization Fair Trade USA), assuring consumers that the rum is sustainably produced in compliance with over 300 rigorous labour, social and environmental standards. Further raising the bar on sustainability for the global spirits industry, in April 2020 Flor de Caña became carbon neutral certified (by U.K.-based organization Carbon Trust), after demonstrating the brand offsets all carbon emissions during the entire production process of the rum, from field to bottle

With the environment contributing so much to the quality of the distillery’s line-up of premium rums, the company has been implementing a series sustainable practices for a while. Since 2005, in an effort to protect wildlife and water resources, the company has planted 50,000 trees every year in the region surrounding the distillery. For more than a decade, it has distilled its rums using 100% renewable energy generated from biomass, eliminating its dependency on fossil fuels. It also captures and recycles all CO2 emissions generated during the fermentation process, which are then sold to breweries and soft drinks industries in the region.

Flor de Caña has also been the main donor of APROQUEN for almost 30 years, a non-profit that has provided over 600,000 free medical services to children suffering from burns or from cleft lip and palate, and for more than 15 years the brand has proudly supported the non-profit American Nicaraguan Foundation in working to alleviate poverty in Nicaragua through various social programs.

For all you sushi lovers out there concerned about the issue of overfishing, you’ll be happy to learn about how Anova Food, LLC, (who leads the industry in global sourcing of wild caught and sustainably harvested tuna) was able to work with local fishermen and processors in Indonesia to insure sustainable fishing practices.

An article in the June 8th issue of the Jakarta Post highlights how Buru Island fishermen are able to profit from the hand-line, single-hook method of fishing, preserve the environment for future generations and set an example for other small scale fisheries in Indonesia.

“At least nine fishing communities made up of 123 fishermen…have been certified by the Marine Stewardship Council (MSC) and its eco-label trademark, making them the first small-scale fisheries in Indonesia to receive the global recognition and the second-ever recipients in the country.”

This fair trade partnership was:

…the result of ongoing efforts initiated in 2012 by North America’s leading sushi-quality tuna company Anova, local processor Harta Samudra and the Indonesian Fisheries and Community Foundation (MDPI), which focuses on sustainable fisheries. They assisted Buru Island fishermen in getting Fair Trade certification in 2014 and forming Fair Trade Fishing associations, paving the way for the fishermen to attain the MSC certificate.

Please take a moment to join the Fairtrade fight against the climate crisis. Add your name to the petition at The Fairtrade Foundation and spread the word to your family, friends and associates.

Fairtrade is more than a Mark on a product. It’s a call for change.

With the next UN Climate Summit taking place in Glasgow in November 2020, it’s critical we all make sure producers’ voices are heard in the UK and beyond. That is why the Fairtrade Foundation is part of the Climate Coalition, a group of over 130 organisations across the UK, working towards a truly green and sustainable world.

,,,the organization generated an additional $500 million in income over the past two decades for more than a million farmers and factory workers touched by its programs in more than 45 countries worldwide.

The United Nations Conference on Trade and Development (UNCTAD) published some interesting statistics pertaining to the fair trade global movement.

The fair trade movement comprises over 2.5 million producers and workers from 70 countries, over 500 specialized importers, 4,000 world shops and more than 100,000 volunteers – figures that are growing, according to Mr. Corbalán.

Mr. Corbalán cited work done with governments to ensure equitable distribution of benefits in value chains in countries such as Kenya, where efforts to promote living wages for flower workers are bearing fruit.

The fair trade movement has also helped improve incomes of cocoa farmers in Cote d’Ivoire and Ghana, the working conditions of Haitian migrant workers in banana plantations in the Dominican Republic and tackled child labour in the sugar sector in Belize.

Wholesum Farms  came up in my news feed again today.  I was thrilled to read they are expanding their fair trade offerings. A portion of the proceeds from these products, as well as others in their Fair Trade line will be funneled into Wholesum’s community development fund.  This is a great example of how an agricultural firm can take the needs of their workers into account when setting corporate policy.

“What makes this (Fair Trade) certification so remarkable is the fact that 100% of community development funds generated from the sale of Fair Trade produce go back to our workers and helps them tackle needs such as healthcare, housing and education,” Ricardo Crisantes, Wholesum’s chief commercial officer, said in the release. “The workers vote on how these funds are allocated, and that in itself is very empowering.”

Wholesum produce can be found at Whole Foods Market and Jewel Grocers in the Midwest.  They may not be carried under the Wholesum label, but be sure to look for the Fair Trade Guarantee!

Our current industrial farm culture not only degrades the environment, the soil and the water, but subjects workers to an array of hazards such as respiratory infections, sprains, bruises, severe head trauma, fractures, electrocution and repetitive motion injury.

Paul Rice, Founder and CEO of Fair Trade USA emphasizes the need for Fair Trade Certification in the agricultural sector internationally – even in a “developed” country like the US…

A 2014 Los Angeles Times investigation found Mexican farm workers living in squalor, denied wages, and trapped in debt on farms that export produce to the U.S., highlighting the need for standardization and enforcement of labor standards. Unfortunately, U.S. farms could not provide a much better example of decent work in practice. In the U.S., just as in other parts of the world, workers face abysmally low wages, unsafe and toxic working conditions, child labor, indentured servitude, and human trafficking. They are also regularly unable to gain access to medical care and education.

He acknowledges that while the US has stronger labor laws than many other countries, they still don’t meet Fair Trade Certified standards…

Adhering to Fair Trade standards comes with added benefit to farm workers in the form of Fair Trade Committees and Community Development Funds. It’s simple: for every Fair Trade Certified product sold, the farmers who grew it earn an additional amount of money called Community Development Funds. From there, a democratically-elected group of farm workers, called the Fair Trade Committee, assembles to decide how to spend these dollars to meet their unique social, economic, and environmental needs.

In 2016, Wholesum Harvest, a family-owned tomato farm in Nogales, Arizona, made headlines when it announced its status as the very first Fair Trade Certified™ farm in the United States.

Within a year of becoming Fair Trade Certified, workers at Wholesum Harvest made their very first project investing in health insurance for the farmworkers. Even with employer-provided insurance available to all the workers, many still could not afford it, so workers voted to use their funds to offset the employee cost. In January 2018, Wholesum Harvest went from less than 5 percent to now 88 percent of its workers opting in to the employee-provided health insurance. (Compare that to just 35 percent of farm workers in the U.S. who report having health insurance.) 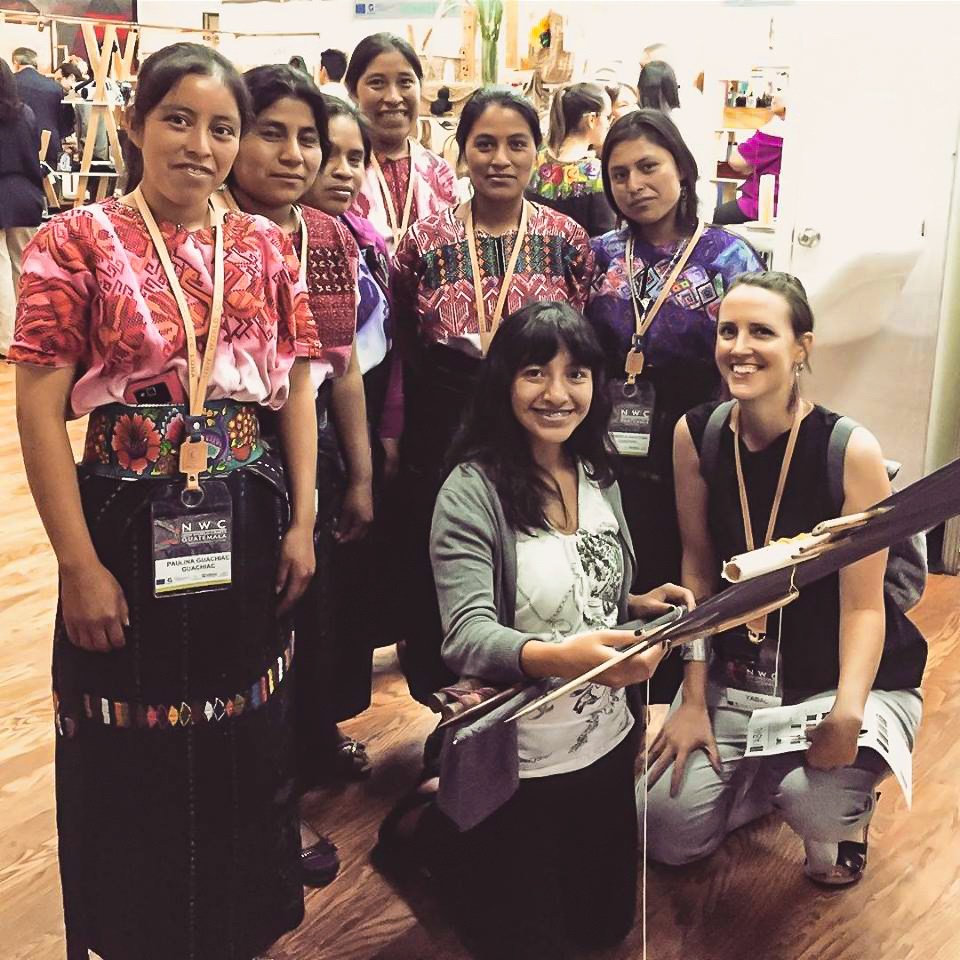 Allison Havens founded Yabal Handicrafts in Guatemala to keep alive indigenous weaving techniques and create livelihoods for local women. Today, the women producers are becoming the main income earners in their family and challenging gender norms. Her story unpacks what it means to truly prioritize local producers over increasing profits – getting to the heart of what makes an enterprise mission-led. 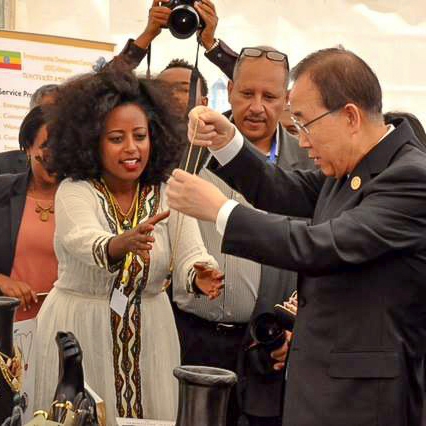 Bethlehem founded Entoto Beth in Ethiopia as a social enterprise. Today, her enterprise gives opportunities for 200 women in marginalized communities. She upcycles bullet-casings and has adopted Fair Trade to create jewelry and bags for global markets.